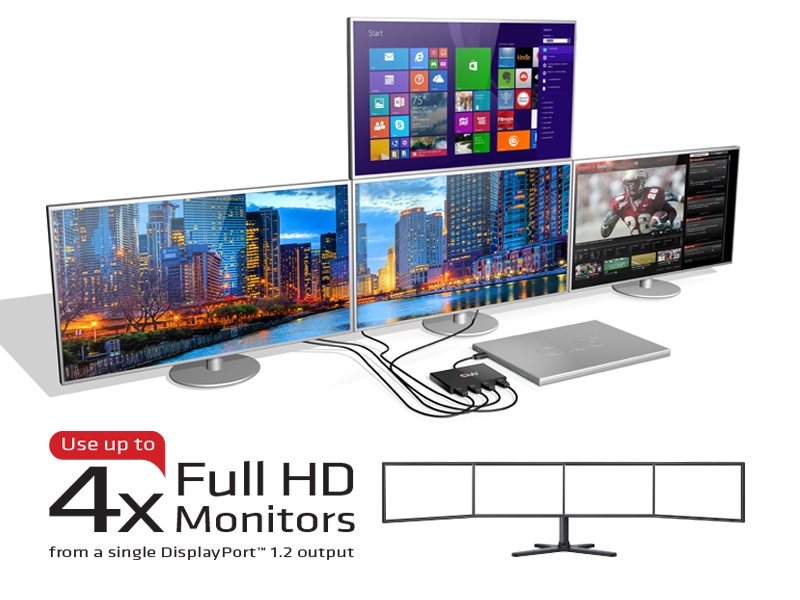 How Does it Work?

Your device must have a DisplayPort video output specification 1.2 or above and support Multi Steam Transport (please consult with the GPU manufacturer). The graphics driver controller of your system will take care of the rest, such as setting up the monitor position, resolution etc. Multi-Stream Transport can be leveraged using two types of system designs. With daisy-chainable displays, each of the displays in the daisy-chain configuration, with the exception of the last display in the chain, must have DisplayPort 1.2 receivers and transmitters in order to send and receive video stream that is addressed to itself and the others down the chain. Once the monitor extracts the video and audio stream addressed to it, it will then transmit the rest of the video and audio streams down the chain. Each daisy-chainable monitor must have knowledge of the entire chain. The alternate method of utilizing MST to drive multiple displays through the use of an MST hub. MST hub will split the total bandwidth from a DisplayPort 1.2 output and allow you to send up to 4 independent 1920*1080 signals at 60Hz. The Club3D MST Hubs are able to distribute those video signals (with sound) to the connected screens. Using this type of configuration also allows the use of Screens with different inputs. To support Screens with inputs such as DVI or HDMI you must make use of passive adapters. For use of Screens with VGA input the adapter can be an active one.

How many displays can I use ?

The number of supported displays is mainly determined by the available bandwidth and of course also depends on the resolution on each display and when using an MST Hub, on the number of video outputs of the MST Hub. For example with the Club3D CSV-6400 - DisplayPort 1.2 to 4 x DisplayPort you can go up to 4 x 1920x1080 at 60Hz. 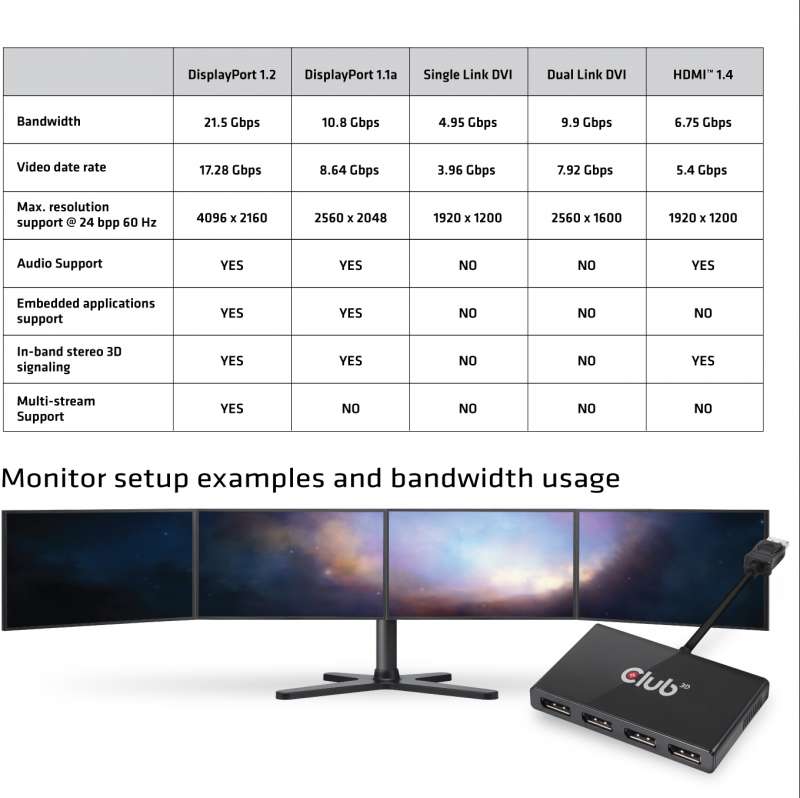 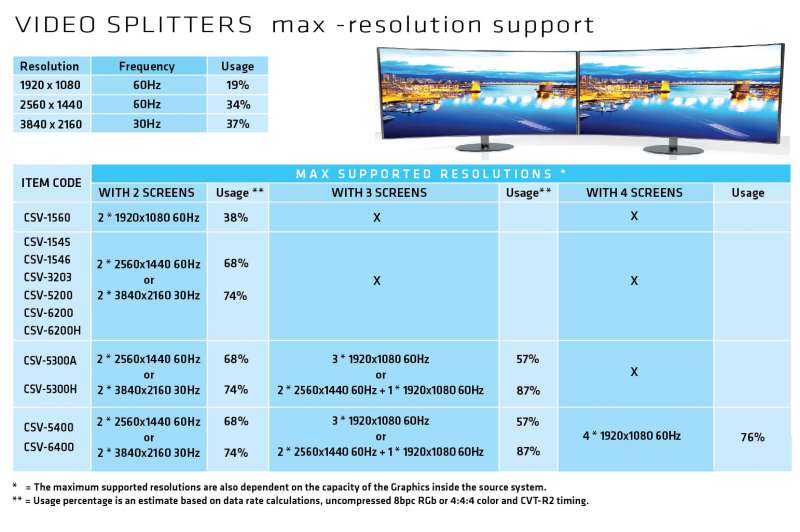